The impact of poverty and deprivation on education is a theme that is of major national and international significance in both developed and developing countries. This theme is interdisciplinary, incorporating disciplines such as Education (especially Inclusion and Social Justice), Sociology, Political Policy, Gender Issues and International Studies. The theme is important in the context of Scotland as school education attempts to negotiate the challenges of educating children and young people who belong to low income families and who can suffer the effects of limited financial resource and consequent detrimental effects on housing, diet, adequate fuel and restricted access to cultural capital. Poverty and deprivation can affect the regularity of attendance at school, concentration at school and opportunities to participate in social and cultural activities. The theme is equally important internationally. Comparisons can be drawn between Scotland and other developed countries but there are also serious concerns about the impact of poverty and deprivation on school education in developing countries. This can result in children and young people having no access to school or access to school restricted to part time and concluding at the end of primary school (girls are at particular risk).

This was a major launch event for the Poverty and Education Network. Speakers included representatives from the Network, the EIS, Education Scotland and the Colleges and Universities. 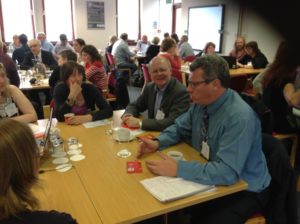 BERA Symposium on Poverty and Policy Advocacy at the BERA Conference 2016, University of Leeds.

Stephen McKinney and Stuart Hall contributed to a symposium on poverty and Education in the UK Presented at the BERA Conference on 15 September 2016.

SERA can be contacted as follows:

For general SERA queries make contact via this link.